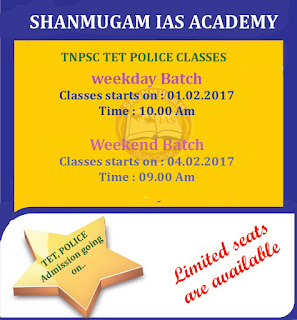 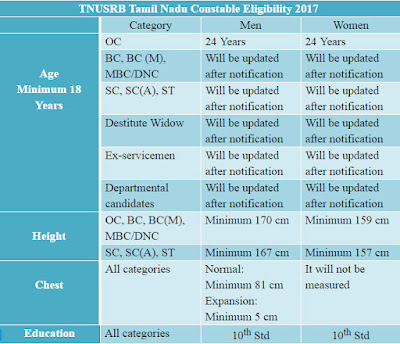 Posted by SHANMUGAM IAS ACADEMY at 9:40 PM No comments:

SHANMUGAM  IAS ACADEMY
1. Who is the new Deputy Governor of RBI? N.S.Vishwanathan (Former Executive Director, RBI)
2. Which bank introduces “Software Robotics” ? ICICI
3. Who is Acharya BalaKrishna? CEO of Pathanjali Ayurveda
4. What is the rank of India in Global Innovation Index - 2016? 66th (First – Switzerland)
5. Who is the new Prime Minister of Tunisia? Youssef Chahed (Capital – Tunis, Currency – Dinar)
6. Which state has abolished stamp duty 2% levied on immovable property while awarding the power of attorney? Punjab
7. What is the name of the mobile app launched by Union Minister of chemicals & Fertilizers Ananth Kumar which shows the MRP fixed by NPPA for various scheduled drugs? Pharma Sahi Daam
8. BRICS Women Parlimentarians Forum was held in Jaipur, Rajasthan.
9. The online library launched by Department of Empowerment of Persons with Disabilities (DEPwD) - Sugamya Pustakalaya
10. Who is the new Executive Director of RBI? Sudarshan Sen (Succeeded N.S.Vishwanathan)
11. Which is the first state to distribute 2 crore LED bulbs under the Unnat Jyoti by Affordable LEDs for All (UJALA) Scheme? Gujarat
12. Gurgaon city has now officially renamed as Gurugram. In which state is the city located? Haryana
13. Which company has been granted prestigious membership of Asia – Pacific Aerospace Quality Group (APAQG) under ‘full member with voting rights’ ? Hindustan Aeronautics Limited (HAL)
14. 2017 G-20 summits is to be held in Hamburg, Germany.
15. The UN Charter, the seminal treaty of the United Nations, has now been translated in Sanskrit.
16. What is the rank of India in Global Competitiveness Index - 2016? 39th ( First – Switzerland )
17. Association of South East Asian Nations (ASEAN) summit was held in Vientiane (Capital of Laos)
18. International Union for Conservation of Nature (IUCN) has awarded Heritage Heros Award to Bibhuti Lahkar
19. With which country Germany has signed agreement on Vocational Training between MSDE and German International Co-operation ? India
20. India has inked 7.87 billion Euro deal to buy Rafale Fighter Jets with which country? France
21. WHO certified which country as yaws and maternal & neonatal tetanus free ? India
22. Which country is certified by WHO as malaria free? Sri Lanka
23. What is the theme of 2016 G-20 Summit held in Hangzhou, China? Toward an innovative invigorated interconnected and inclusive world economy.
24. Who is the President of Singapore? Tony Tan (PM - Lee Hsien Loong, Currency – Dollar)
25. UN agency has repored India as the world’s top exporter of Information and Communication Technology.
26. Who is the head of WHO? Margaret Chan (Head Quarters - Geneva, Switzerland)
27. The maiden Joint Disaster Management Exercise named ‘Prakampana’ ( Cyclone in Sanskrit) has been inaugurated at Visakhapatnam.
28. What is the full form of CEPEA? Comprehensive Economic Partnership in East Asia
29. Subhankar Pramanick is associated with which sports? Shooting
30. IRDAI imposed penalty of Rs.10 lakh on SBI Life Insurance for violation of various norms.
31. Who is the winner of US Open 2016 Women’s Single? Angelique Kerber (German)
32. MOBIWIKI launched one step offline payments mode called Bubble Pin
33. Who is the first women cricketer from India to be awarded an honorary life membership of the Marylebone Cricket Club? Anjum Chopra
34. Who is the head of International Monetary Fund (IMF) ? Christine Lagarde (HQ – Washington)
35. Federal Bank has launched its second Federal Skill Academy recently in Tamilnadu.
36. India’s first Coastal Industrial Corridor between Visakhapatnam and Chennai.
37. Flipkart has launched its own digital wallet called PhonePe which allows users to directly transfer funds from their bank account and not to store in their mobile wallet.
38. Who is the author of the book ‘Citizen and Society’? Hamid Ansari (Vice President of India)
39. The world’s largest solar power plant recently opened at which place in Tamil Nadu? Kamuthi
40. Who was appointed as the Indian Ambassador to the United States of America? Navtej Sarna
41. The union cabinet has approved a scheme to grant PRS to foreign investors. PRS stand for – Permanent Residency Status (Note : study more about PRS)
42. National Institute of Ocean Technology is situated at which place? Chennai
43. Who is the chairman of ‘GST council’? Finance Minister
44. Devendra Jhajharia won two gold in Paralympics. He is related to which sport? - Javelin throw
45. The Guinness World Records has declared which as the largest river island in the world -Majuli, Assam
46. The joint military exercise held between India and Kazakhstan recently is – Prabal Dostyk 16
47. BRICS Convention on Tourism was held in - Khajuraho Madhya Pradesh.
48. “Skava Commerce” an e-commerce platform for retailers, has been launched by which Indian company? Infosys
49. Who is the president of World Bank ? Jim Yong Kim (Headquarters – Washington)
50. Who is the winner of Women’s Doubles Title in PAN Pacific Open 2016? Sania Mirza (India) and Barbora Strycova (Czech)

Posted by SHANMUGAM IAS ACADEMY at 3:50 AM No comments:

2. The Kanha , pench tiger reserves and its corridor are currently in debate. In which state they are located? _________Madhya Pradhesh

3. Where is the proposed controversial Nainpur and Balghat narraw railway gauge? _________Madhya Pradesh

5. Donald trump, nominated for the US presidential election is from _________political party? Republican

8. Vodafone m pesa which got permission to set up _________bank in india was hugely successful in Kenya in that field. Payment bank

10. The bank which will facilitate savings and withdrawals but won’t lend money as loans is called as _________Payment Bank

16. Kaziranga national park in Assam is famous with _________animal? One horned Rhino

17. _________is the name of the solar powered airplane wich started from UAE on a global circling voyage? Solar impulse 2

19. What is 119th constitutional amendment bill_________? LBA between India and Bangladesh

20. The 99th constitutional amendment bill is for NJAC. The expansion of NJAC is _________?National Judicial Appointment Commission

22. The man eater tiger Sultan was in news and debate. He was in which tiger reserve of Rajasthan? _________Ranthampore, Rajasthan

23. The aim of Indian government’s initiative to allow birth companions in public facilities is to _________? Reduce Infant mortality rate and maternal mortality rate

27. By the RBI guideline the maximum deposit a customer can deposit in payment bank is____? 1 lakh

29. _________is the virtual currency circulated through internet? Bitcoin

32. _________is the capital of South korea where NSG plenary (Nuclear supplier group) will take place this month? Seoul

34. _________is the Chairperson of Central Board of Film Certification? Pahlaj Nihlani

35. _________was the film which successfully got permission from the Bombay court after CBFC denied the
permission to screen it by citing the fact that it doesn’t affect the sovereignty of India? Udta Punjab

37. _________is the name for the LED based Domestic Efficient Lighting program (DELP) by Ministry for power, coal and new and renewable energy. The program successfully runs over 120 cities in India? Ujala

38. Narendra Modi Launched _________mobile application for farmers to provide information on subjects such as weather, market prices, seeds and so on? Kisan Suvidha Mobile application

39. Now _________number of countries can obtain e tourist visa to visit India? 150
40. SC ruled that Private sector bank employees should be treated as private servants. What will the effect of the above verdict? CBI will be able examine frauds and scams involving private banks operating in the country.

42. Missouri state court of the US ordered _________company to pay compensation of 72 million dollars to the family of a child who died of ovarian cancer due to the use of company’s talc based baby powder and shower to shower.? Johnson and Johnson

45. Since April 2016, Base rate is replaced by _________which has to be complied by all commercial banks
in India? MCLR (Marginal costs of Funds based Lending Rate)

Posted by SHANMUGAM IAS ACADEMY at 8:59 PM No comments: